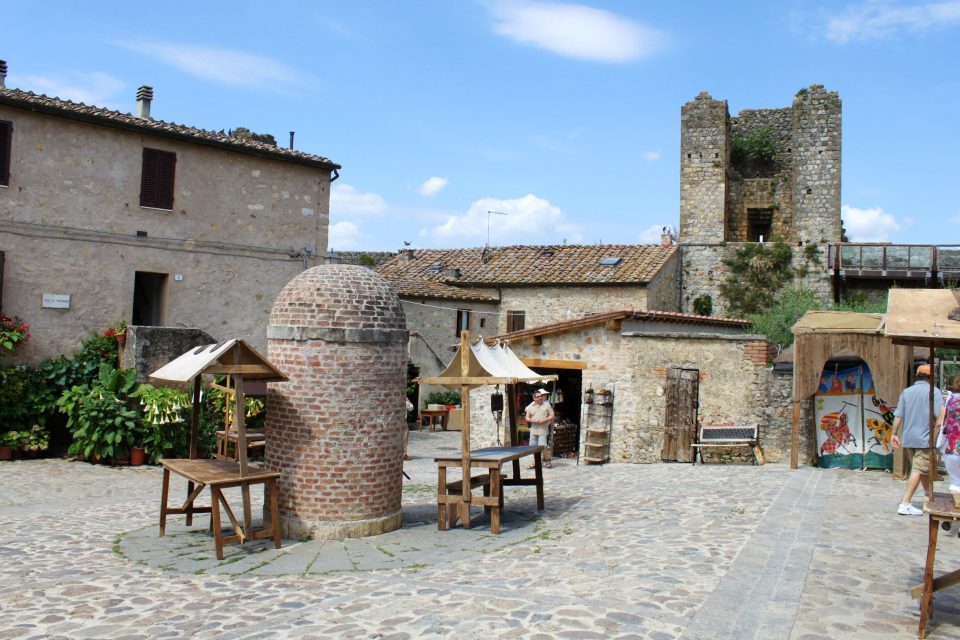 How I wish to be back in this place like right now!!

Today, the castle’s eleven towers – surrounded by the wonderful valleys and plains of Siena’s area – stand about six meters above the walls, which are partially walkable and face the beautiful tourist park of the Via Francigena, the pilgrims’ road that joined Northern Europe to Rome. A few steps in and you’re already in the heart of the village in the main Piazza di Roma onto which the Church of Santa Maria Assunta faces. Built at the same time as the rest of the castle, the church is in Romanesque and Gothic style. Back at that time, the piazza was a large vegetable garden that provided essential food items when the castle’s population came under siege.

You can get to the Castle from Siena, both by car and by bus or train. From the highway, you shall exit at Monteriggioni and follow the signs to the castle. By train, you shall get off at the Castellina Scalo – Monteriggioni Station, which is about three kilometers from the castle. To get there you shall take one of the many buses or take a long walk, if you like.

The visit to the Castle is free! “As with circling round Of turrets,

Was turreted with giants, half their length

Uprearing, horrible, whom Jove from heaven

Yet threatens, when his muttering thunder rolls.”